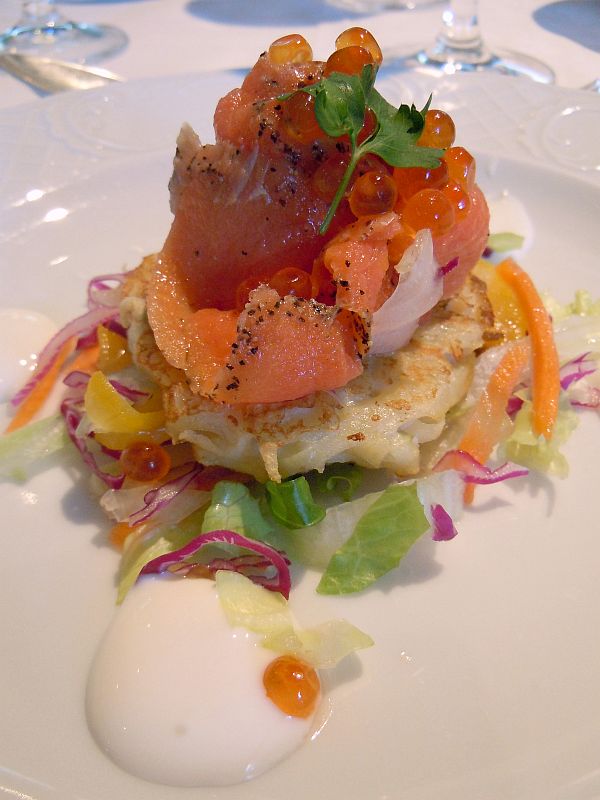 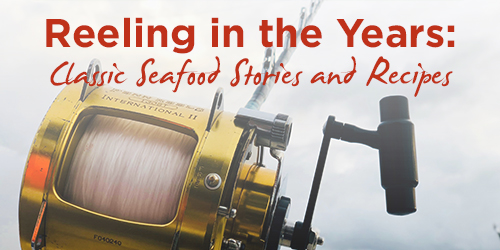 In Texas “a bowl of red” is a big serving of meaty chili—hot, spicy, and redolent of cumin and chiles. As a Texan living for a year in Russia’s Far East, “a bowl of red” for me was a huge helping of salmon caviar, slightly salty and tasting of the sea. Salmon caviar was so abundant in that part of Russia that my husband and I almost took it for granted—if not as a staple in our kitchen, at least as a garnish as common as parsley (which was a lot harder to find in Russia).

Better yet, salmon caviar wasn’t an indulgence only for oligarchs. The price was so reasonable that even proletarians like us could afford it. Fresh, glistening, red-orange salmon roe was sold in 1/2-liter and 1-liter jars by vendors in the farmers’ markets, who had processed the roe themselves from wild-caught salmon and often had only a jar or two for sale.

Salmon caviar was also sold in bulk at some of the seafood stores, where shopgirls ladled the sparkling beads of roe into recycled jars that customers brought from home.

When I lived there in the 1990s—during Russia’s economic crisis soon after the collapse of the Soviet Union—a 1/2-liter jar of salmon caviar sold in the farmers’ markets for as little as $2. It’s no longer that cheap, but still a bargain compared to wild beluga sturgeon roe, the tsar of caviar, which can cost upward of $450 an ounce.

Russians in the Far East not only slather salmon caviar on bliny and toasted bread, they also use it as a garnish on a wide array of other appetizers; strew it onto pasta, smoked fish filets, and potato salad; and stuff it into sushi (a culinary import from nearby Japan and Korea). And it isn’t reserved only for special occasions. Bowls of red salmon caviar were featured on the breakfast buffets of several venues where I’ve overnighted in Russia, from a 5-star hotel in Moscow to the dining car of a luxury Trans-Siberian train. Biting into a bead of red caviar, with its burst of fishy, salty flavor, really wakes up your taste buds in the morning!

One day we were shopping for food with a Russian friend at an outdoor market near the beach in Vladivostok, Russia’s major Pacific Ocean port. Our friend pointed to a particular whole salmon stacked among the hundreds of almost identical-looking fish filling the back of a truck. “It’s a female,” she explained, “and its still full of eggs. Make sure the seller gives you that one.”

We brought that big salmon back to our apartment, cut it open, and processed the red-orange roe according to the directions in an old edition of Joy of Cooking that we’d carried to Russia. We ended up with so much fresh salmon caviar that for the next three days we spread gobs of it on slices of buttered bread, spooned it onto halves of hard-boiled eggs, mixed it with scrambled eggs for breakfast, and even carried it to work in our brown-bags for lunch.

So think outside the box (or jar) and consider adding salmon caviar to your Sunday breakfast brunch at home. Buy the best quality you can find. I prefer the salmon roe that I’ve found at Russian delis in the U.S., ladled out of plastic tubs and weighed on a scale, just like in Russia. Some Japanese, Korean, and Chinese supermarkets near East Asian communities in America also sell good quality salmon roe in their fish departments, although sometimes it’s cured with a mixture of salt, soy sauce, rice wine, and sugar, which gives the caviar a slightly different taste from roe in Russia, cured only with salt.

If you don’t live near a store that sells freshly cured salmon roe by the ounce, a quick Google search will turn up several online sellers in the U.S. I haven’t tasted any of their products yet, but I plan to order some soon and revive the caviar tradition of my former Russian breakfasts. Try it yourself. It’s a great garnish on scrambled eggs. And don’t forget the champagne!

Sharon Hudgins is the author of T-Bone Whacks and Caviar Snacks: Cooking with Two Texans in Siberia and the Russian Far East (University of North Texas Press, 2018).