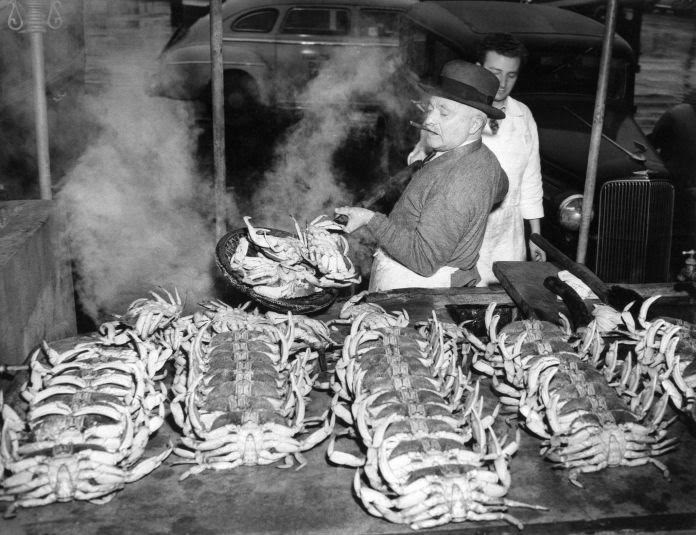 There are classical recipes that never change, cutting-edge recipes that are trendy, and then there are family recipes, says chef, author, and Fisherman’s Wharf restaurateur Michael Sabella. Family recipes are handed down from generation to generation, but do they remain the same? Not always, as he explains in his book, Recipes Change: A Culinary Journey Through 5 Generations.

It follows five generations of a Sicilian family through over 100 years of cooking. Their story begins as fishermen in Sciacca, Sicily, during a time of turmoil. Luciano and his brothers took the 12 dollar journey in the unsanitary steerage class aboard the Iniziativa which left Naples in January 1890 bound for New York and crossed the states to San Francisco.

It did not take Luciano long to learn that the streets were not “paved with gold,” but he worked hard and fished the San Francisco Bay and eventually helped his son Antonino open one of the first restaurants on Fisherman’s wharf.

Recipes evolved over generations due to the availability of ingredients, social events, nutritional awareness, trends, and culinary tools. What was delicious in 1950 might be considered too calorie-dense in 1980. Over 150 family recipes through five generations reflect those changes while respecting the original heart and soul of each one.

Michael Sabella is a fourth-generation San Franciscan restaurateur who started peeling prawns at his family restaurant when he was 8. It was a skill developed from his great grandfather Luciano, who first arrived in San Francisco from Sicily in 1887.

He honed his skills with honors at the Culinary Institute of America in Hyde Park, NY, and became the executive chef and operating partner at A. Sabella’s seafood restaurant on Fisherman’s Wharf.

He has appeared on ABC, NBC, The Discovery Channel, CNN, and several local television and radio stations, and was a chef instructor for William’s Sonoma, the JobCorp’s advanced culinary training on Treasure Island, and the Cordon Bleu program at the California Culinary Academy. He is currently a Hospitality Consultant and Subject Matter Expert with the National Restaurant Association.