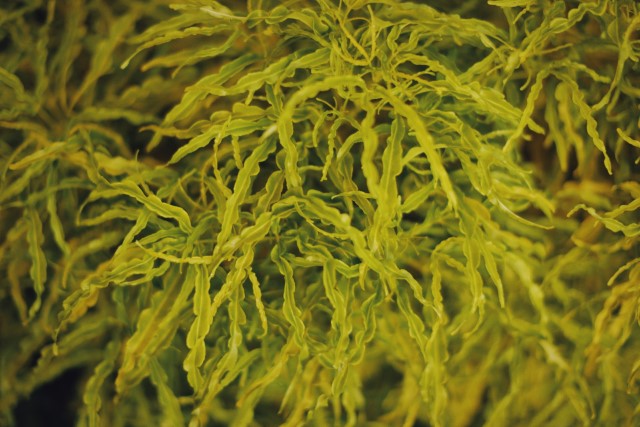 Kelp may prove to be a boon to commercial fishermen in Alaska since many species of it grow more in winter than during the regular fishing season in the Last Frontier.

”The knowledge of working in the ocean is already there, so it’s a matter of transferring the skills to seaweed farming,” said Schery Umanzor, a Juneau-based assistant professor at the University of Alaska Fairbanks College of Fisheries and Ocean Sciences.

The markets for seaweeds such as kelp are still developing, but sales of this fast-growing renewable resource have burgeoned. UAF researchers and staff have helped by finding good farming sites, studying kelp reproduction and connecting entrepreneurs.

Even in Interior Alaska, Alaska kelp products are becoming more common on the shelves of grocery stores. Erica Moeller, who owns The Roaming Root Cellar in Fairbanks, said that roasted kelp snacks and kelp hot sauces are incredibly popular.

“I have a really hard time keeping these on the shelves,” Moeller said.

Many Facets of Kelp

“It’s possible to envision a not too distant future in which Alaska is a world leader in seaweed farming,” said Justin Sternberg, director of UAF’s Alaska Blue Economy Center in Fairbanks.

From 2015-2016, Sternberg worked with the State of Alaska to develop its seaweed mariculture permitting protocols and issue permits for the first commercial seaweed hatcheries and farms in the state.

“Mariculture” refers to the cultivation of marine organisms in their natural environment. Some Alaskans view the industry skeptically because one type of mariculture — finfish farming — can harm the marine ecosystem and wild fish stocks. It is illegal in the state. 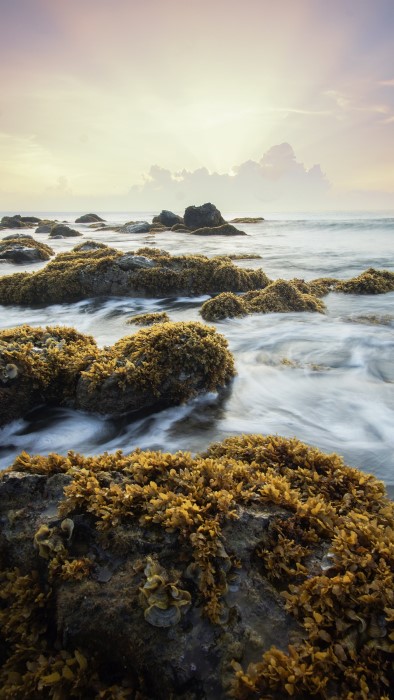 “Seaweed is an extractive species. This means that kelp farming in the ocean, as practiced in the U.S., does not require the addition of fertilizer,” explained Umanzor. “Kelp actually cleans the water — for example, using up wastewater discharged from fish processing plants.”

Alaska’s massive coastline is home to more than 20 species of kelp and some of the  world’s largest kelp beds. Alaska kelp mariculture is currently dominated by three  species: sugar, ribbon and bull kelp.

Fertile material is collected from wild plants and brought to a hatchery, where it is induced to release spores. The spores are seeded onto strings, and, once baby plants start to grow, the strings are anchored underwater at the farm site. This process typically occurs in October or early November.

When to Harvest Kelp

Some kelp can grow up to three meters long or more by May or June, when they are harvested. After harvesting, the mariculture equipment is removed from the ocean so it does not entangle commercial fishing boats.

Protected bays and inlets are preferred sites for kelp farming but may not always provide ideal growing conditions. To help set farmers up for success, Umanzor collaborated with Melissa Good at Alaska Sea Grant and the Nature Conservancy to develop a site assessment toolkit to help farmers test locations for potential placement of their farms, ideally prior to the submission of their permit applications. The project was supported by UAF’s Center for Innovation, Commercialization and Entrepreneurship.