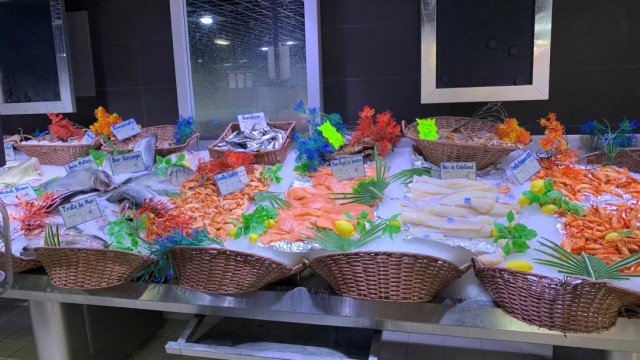 Way to go, Norway. Congratulations on a record year of seafood exports in 2021. It seems that the last 12 months have been the best year ever for Norwegian seafood exports. Norway exported 3.1 million tonnes of seafood worth NOK 120.8 billion in 2021. This sets a record in both volume and value and represents the equivalent of 42 million seafood meals every single day of the year.

“2021 was another exciting export year for Norwegian seafood. We are in the very favourable position of having products in high demand the world over – even in times of crisis. This has resulted in a growth in demand, record export volumes and a total export value that Norway has never experienced before. This is impressive and shows that Norwegian seafood is one of Norway’s key industries for the future”, says Renate Larsen, CEO of the Norwegian Seafood Council.

Many seafood records broken in 2021

Seafood exports in 2021 set many records. Here are some of them:

”Despite a challenging year, the seafood industry has delivered fantastic results. The government has very high ambitions for the seafood industry. Together with all the skilled professionals in the seafood industry, we will continue to work for further growth in the export of climate-friendly food, more activity along the coast and the setting of further impressive new records”, says Norwegian Minister of Fisheries and Marine Affairs Bjørnar Skjæran.

Despite the fact that 2021 was undeniably a record year on many fronts, the Norwegian Seafood Council’s CEO Renate Larsen emphasizes that the entire value chain has, to varying degrees, been able to take part in this remarkable Norwegian export success story.

“We must be careful when interpreting “export growth” as “increased profitability” for everyone. Challenges with market access and increased costs related to operations, purchasing and distribution led to lower margins in parts of the industry last year. To be able to develop, invest and continue to be a leading seafood nation, the industry needs stable operating frameworks and good market access”, says Renate Larsen.

Seafood represents the times we live in

Seafood is one of Norway’s largest export sectors and one that has seen the greatest growth. In 10 years, the sector´s value has more than doubled, from NOK 47.7 billion in 2012 to NOK 120.8 billion in 2021.

“The corona pandemic also impacted exports in 2021 and caused changes in everything from trading patterns to transport and flow of goods. The fact that there has still been export records in both volume and value should be credited to the entire Norwegian seafood industry. Every single day the industry delivers products that are aligned with the times we live in. Norwegian seafood enjoys a strong global position, a good reputation and scores high on important consumer drivers such as sustainability, taste, accessibility, health and wellness”, says Renate Larsen.

These are the leading seafood export species

This is an overview of seafood exports in 2021, broken down by the export value of the largest species and compared with the previous year:

“In 2021, Norwegian seafood experienced a significant uplift in demand, which we see in the form of increased export volumes and higher prices in local currency for a number of species and products. On the other hand, the Norwegian krone has strengthened in 2021 compared with 2020. Had it not been for this currency strengthening, the export value could actually have been over NOK 6 billion higher”, says Renate Larsen.

The overview of export development in 2021 shows that second half-yearly growth was strongest compared with the previous year:

A strong year for aquaculture

The ratio between aquaculture and fisheries has changed little since 2020. The export value derived from aquaculture is 71 per cent, while the proportion by volume is 44 per cent.

Fisheries make up 29 per cent of the total seafood exports measured in value, while in volume they make up 56 per cent.

Salmon exports were in a class of their own amongst Norwegian seafood exports in 2021. It was a very strong year, with records set in both volume and value.

“Despite the corona pandemic still making its mark on the markets, we had another record year for Norwegian salmon exports. Gradual reopening increased social contact and open restaurants lifted demand in 2021. Salmon has obviously adapted to the new ways of buying food, such as home delivery and takeaway”, says Paul T. Aandahl, Seafood Analyst with the Norwegian Seafood Council.

High household consumption is still contributing to higher demand for processed products than before the pandemic almost two years ago.

“In 2020 and 2021, freshly packaged products have seen the biggest retail increases in both Europe and the USA. During this period, salmon has become cheaper for consumers and more competitive with other protein sources such as meat and other seafood”, says Paul T. Aandahl.

“Home consumption in Italy has increased in line with the supply of novel products, and Norwegian salmon is gaining increasing focus in the grocery trade”, says Gunvar L. Wie, the Norwegian Seafood Council’s envoy to Italy.

The same trend is also seen in France. In 2021, this was Norway’s third-largest growth market measured in value and is our second-largest total market for salmon.

“Last year we saw a fantastic development in exports to France, with an increase of 15 per cent in value. Although the restaurants opened in the summer, there was still a high rate of home consumption. Norwegian salmon has strengthened its position in France, and French consumers want to eat even more healthy, tasty and sustainable Norwegian salmon”, says Trine Horne, the Norwegian Seafood Council’s envoy to France.

A record year for trout exports

Trout has been the other major export species.

Trout exports achieved a record high in export value in 2021. The previous export record was in 2016, with NOK 3.9 billion.

Cod is the largest species in the catching sector, measured in value.

High export volumes in a market still impacted by the pandemic resulted in low prices during the cod season last year.