In celebration of 75 years exploring Alaska, Holland America Line is partnering with Alaska Seafood Marketing Institute (ASMI) to highlight the line’s leadership and commitment to sustainably sourced local seafood. The first formal partnership of its kind between ASMI, a partnership between the state of Alaska and Alaska’s fishing industry, and a major cruise line will highlight Holland America Line’s use of Alaska seafood exclusively on all six ships serving the Great Land.

ASMI and Holland America Line will bring guests up close to the riches of the Alaska waterways and the stories of the people behind the fish, from fishermen and women to processors to chefs. Future programming initiatives include recipe development in concert with Holland America Line’s award-winning Culinary Council – a collection of elite, international celebrity chefs who bring global influence to dedicated dining experiences across its fleet – in-destination video content, onboard Alaska Seafood trivia and recipes from council Chef Ethan Stowell.

“For 75 years, we’ve immersed guests’ senses in the wilds of Alaska – from the incredible sights and sounds of its national parks to the unparalleled tastes of its natural products, where, of course, seafood is king,” said Michael Smith, senior vice president, guest experience and product development, Holland America Line. “We’re proud to partner with Alaska Seafood Marketing Institute in its quest to further protect and promote the state’s unmatched resource, which accounts for nearly two-thirds of the wild seafood available in the U.S.” 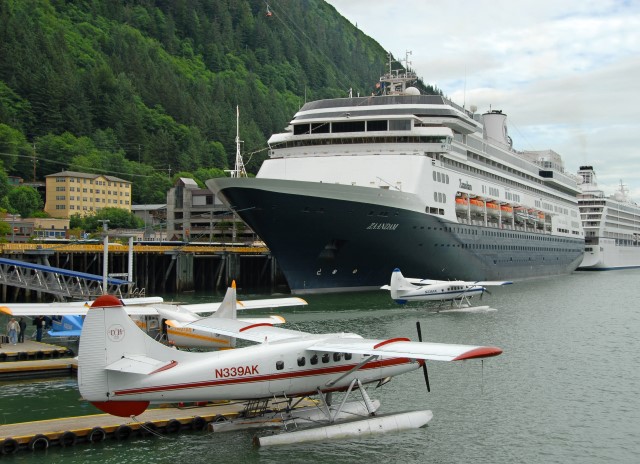 According to ASMI, the Alaska seafood industry contributes over $5.7 billion in economic value to Alaska’s economy and more than $15 billion to the U.S. economy. Seafood is also the largest private sector employer in Alaska, adding more than 62,000 jobs in 2019.

Contributing to the impact across its six ships that sail in Alaska, Holland America Line  purchases and serves locally sourced Alaska wild and sustainable seafood, including more than 4,000 pounds of wild Alaska fish per cruise.

“ASMI is honored to partner with Holland America Line in Alaska given our shared commitment to sustainable seafood and supporting local Alaska communities,” said Ashley Heimbigner, communications director for ASMI.  “We are thrilled that visitors to Alaska will have the opportunity to enjoy and connect with what makes Alaska’s seafood so special while they are here, and hope they are inspired to look for Alaska seafood when they return home.” 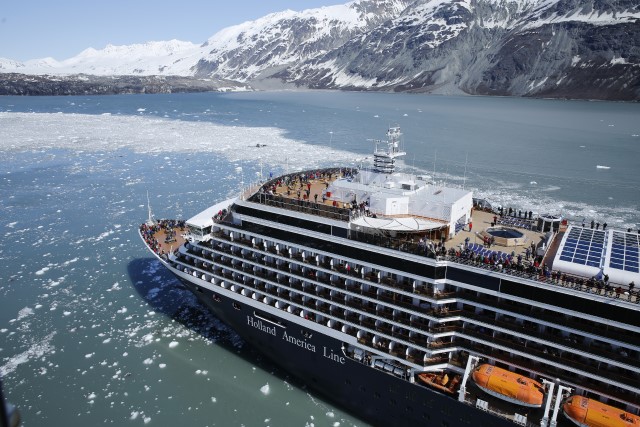 The two organizations will inaugurate their partnership on July 5 when Chef Stowell will join Alaska commercial fishers and local leaders in Juneau to demonstrate the depth and breadth of Alaska’s seafood bounty, including five species of salmon, several varieties of whitefish, and numerous types of crab and shellfish. The event will be capped by a presentation of seafood cooking techniques led by Stowell.

“I believe it’s best to think local and let the food do the talking,” said Chef Stowell. “Holland America Line has always been supremely focused on the authenticity of their ingredients that tell the tales of the destinations they visit – and certainly Alaska has many stories to share. I’m thrilled to be a part of this first step in our partnership with ASMI.”

The new partnership is announced to complement Holland America Line’s “Alaska Up Close” initiative, a 360° experience that immerses guests in the Great Land in a way that only 75 years of experience can deliver. No other cruise line has explored Alaska longer than Holland America Line, and through the years the brand has collected awards and accolades for Alaska cruising. Holland America Line was named the top pick for Alaska in the Porthole Cruise Magazine Editor-in-Chief Awards, AFAR Travelers’ Choice Awards, Cruise Critic Cruisers’ Choice Destination Awards and TravelAge West Wave Awards Editor’s Pick, confirming its position as the number-one cruise line in Alaska by some of the world’s most discerning travelers and cruise experts.

The Alaska Seafood Marketing Institute (ASMI) is a partnership between the State of Alaska and the Alaska seafood industry promoting the benefits of wild and sustainable Alaska seafood and offering seafood industry education. The seafood industry is Alaska’s largest basic private sector employer with over 60 percent of all wild seafood and 90-95 percent of wild salmon harvested in the U.S. coming from Alaska. In addition to wild salmon, Alaska is known for its crab and whitefish varieties such as Pacific cod, sablefish, halibut, Alaska pollock, sole and rockfish – available fresh or frozen year-round. Alaska is dedicated to sustainable seafood and the only state with a constitution that mandates all seafood be managed under the sustained yield principle. Alaska has taken a leadership role in setting the global standard for precautionary resource management to protect fisheries and surrounding habitats for future generations leading to an ever-replenishing supply of wild seafood for markets worldwide.