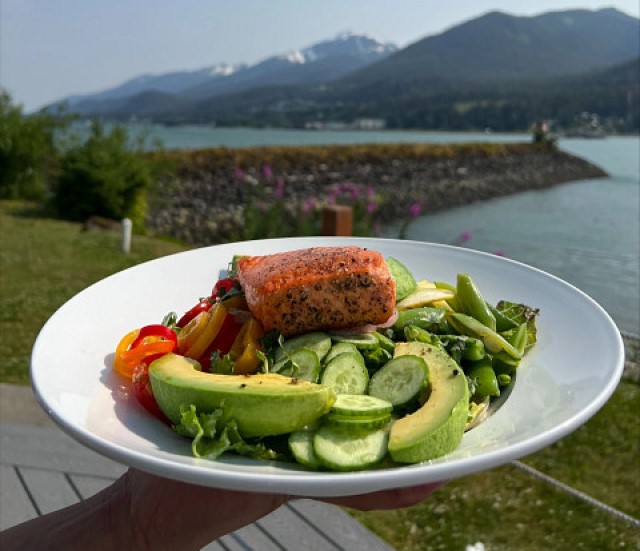 At a press briefing and dinner event in Juneau, Alaska on July 6, Holland America Line debuted three new dishes from Culinary Council Member Chef Ethan Stowell that were developed in alliance with the Alaska Seafood Marketing Institute (ASMI). The evening inaugurated the partnership with a shared commitment to serving sustainably sourced Alaska seafood on all six of Holland America Line’s ships that sail to the Great Land.

This is the first formal relationship of its kind between ASMI and a major cruise line.  ASMI is a public-private partnership between the State of Alaska and the Alaska seafood industry established to foster economic development of the state’s renewable natural resource. 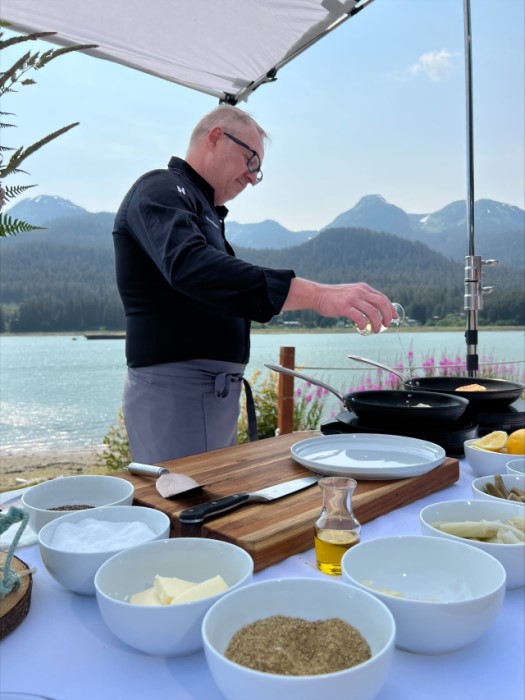 “We’ve been sharing the thrill of Alaska with guests for 75 years, longer than any other cruise line. Protecting and enhancing that heritage is a matter of commitment and pride. The Alaska seafood industry’s longstanding commitment to wild seafood is very much in line with our own sustainability efforts, as well as our responsibility to the planet and its people,” said Rough of Holland America Line. “We’re committed to partnering with local businesses and we’re proud to be working with Alaska’s fishing families.”

What’s on the Menu

Chef Stowell’s new creations will be featured in the Dining Room on all six Holland America Line ships cruising in Alaska this season. Guests can indulge in a fried Alaska cod sandwich with malt vinegar aioli and savoy cabbage slaw; Alaskan salmon chop with cucumber, tomato, avocado, bacon and green beans; and roasted fennel crusted Alaska halibut with artichokes and Taggiasca olives. This is in addition to several Alaska seafood dishes already on menus throughout the ships. 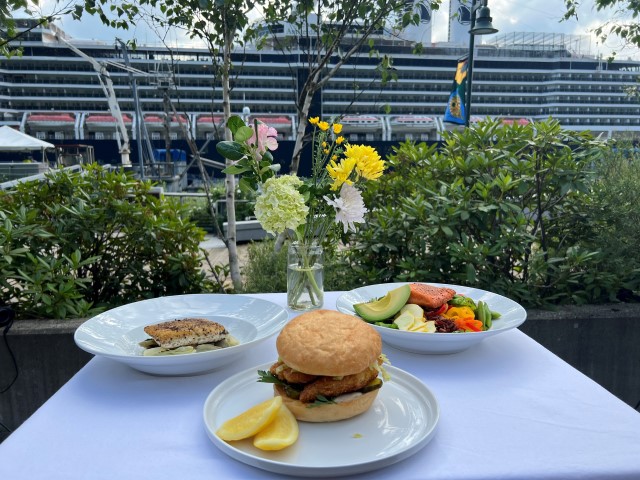 Through the partnership, Holland America Line and ASMI will bring guests closer to the riches of Alaska’s waters and the stories of the people behind the fish, from harvesters to processors to chefs. This is all part of the line’s “Alaska Up Close” initiative to offer guests a 360° experience that only 75 years of experience in the Great Land can deliver.  In addition to Stowell’s new dishes, future programming will include other new recipes, destination and cooking demonstration videos, and on-board Alaska seafood trivia. 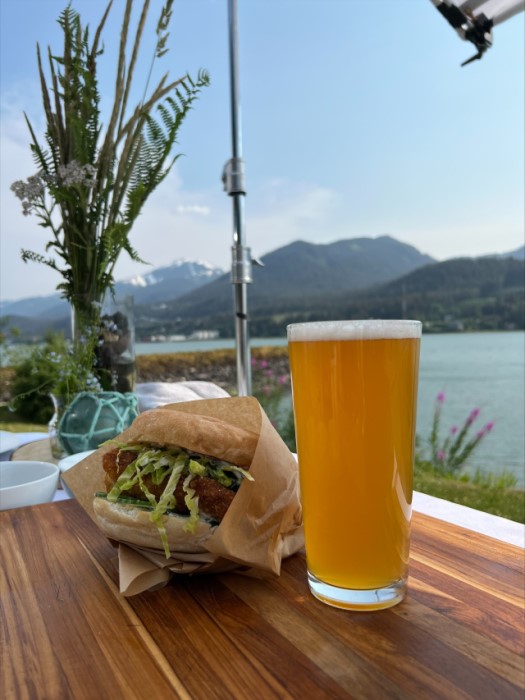 “As we continue to increase the awareness of wild and sustainable Alaska seafood, we are excited to work with an Alaska-focused brand like Holland America Line and will be working closely to grow the collaboration,” said ASMI’s Woodrow. “The first activation with Chef Stowell beautifully incorporates wild Alaska seafood into the menu and will give guests a taste of the unrivaled bounty that only Alaska can offer.” 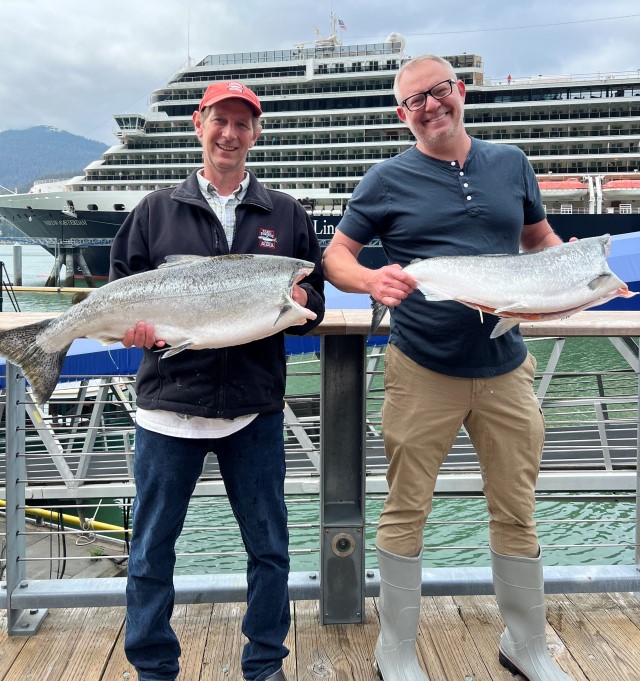 Wild Alaska Seafood by the Numbers

Contributing to the impact across its six Alaska ships, Holland America Line purchases and serves locally sourced Alaska seafood, including more than 5,000 pounds of wild Alaskan seafood per cruise, comprising:

About Holland America Line [a division of Carnival Corporation and plc (NYSE:  CCL and CUK)]

Holland America Line has been exploring the world since 1873 and was the first cruise line to offer adventures to Alaska and the Yukon nearly 75 years ago. Its fleet of premium ships visits nearly 400 ports in 114 countries around the world, offering an ideal mid-sized ship experience. A third Pinnacle-class ship, Rotterdam, joined the fleet in July 2021.

The Alaska Seafood Marketing Institute (ASMI) is a partnership between the State of Alaska and the Alaska seafood industry promoting the benefits of wild and sustainable Alaska seafood and offering seafood industry education. The seafood industry is Alaska’s largest basic private sector employer with over 60 percent of all wild seafood and 90-95 percent of wild salmon harvested in the U.S. coming from Alaska. In addition to wild salmon, Alaska is known for its crab and whitefish varieties such as Pacific cod, sablefish, halibut, Alaska pollock, sole and rockfish – available fresh or frozen year-round.

Alaska is dedicated to sustainable seafood and the only state with a constitution that mandates all seafood be managed under the sustained yield principle. Alaska has taken a leadership role in setting the global standard for precautionary resource management to protect fisheries and surrounding habitats for future generations leading to an ever-replenishing supply of wild seafood for markets worldwide.

Stowell is one of seven members of Holland America Line’s prestigious Culinary Council, a collection of world-class celebrity chefs who bring their collective experience, passion and creativity to dining venues across the fleet. Stowell brings the unique flavors of Alaska and the Pacific Northwest to ships sailing in the region. Also known for his pasta and Italian dishes, several of Stowell’s recipes are featured at the New York Pizza and Lido Market dining venues on all ships.