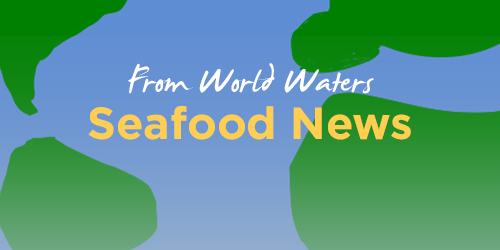 New Wave Shrimp is a proprietary plant-based product made of sustainable seaweed and plant proteins. Created through close collaboration with top-tier chefs and renowned R&D experts, the plant-based shrimp is virtually indistinguishable from ocean shrimp in terms of taste, texture and bite. This innovative product delivers versatility to menus and meets the needs of foodservice operators who are constantly working to innovate and delight their customers.

New Wave Foods is disrupting the $9 billion dollar shrimp market and is focused on the restaurant and non-commercial foodservice segments where 80 percent of shrimp is consumed. Seafood is expected to take the plant-based food spotlight in 2021, according to Datassential. Americans eat an estimated 1.5 billion pounds of shrimp annually, making shrimp the most consumed seafood in the U.S., with consumption intake equal to twice as much as salmon or tuna.

New Wave Shrimp provides a one-for-one swap for ocean shrimp as an ingredient in any hot shrimp dish on menus. The product is pre-cooked and is as a perfect ingredient for fast preparations such as bruschetta, nachos or entrees such as chowder, tacos, pasta and Kung Pao.

“We know that commercial and non-commercial foodservice operators need to continue to excite their guests with innovative food products, and plant-based food is the largest growing segment,” said Rodd Willis, director of natural and specialty, Dot Foods. “New Wave Shrimp is an extremely unique product – a true game changer in the seafood industry. We believe that it is a great plant-based alternative to ocean shrimp as an ingredient, and that it delivers on the needs of foodservice operators for menu versatility and quality.”

New Wave Foods is focused on the plant-based shrimp category with new line extensions planned in 2021 and expansion into other plant-based shellfish in 2022 to include lobster, scallops and crab. See their website for more info.