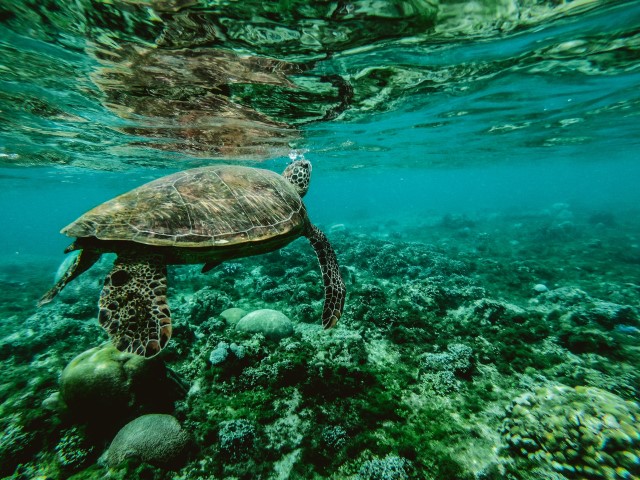 The seafood supply chain is no stranger to its share of abuses by shady, greedy people milking it at everyone else’s expense. Scientists reached out to Congress to squash those people, though.

Today, more than 100 scientists and researchers sent a letter to Congress calling for immediate action to address illegal fishing, seafood fraud, and human rights abuses in the U.S. seafood supply chain. Specifically, the scientists are demanding increased traceability of seafood imports and transparency at sea to ensure that all seafood served in the United States is safe, legally caught, responsibly sourced, and honestly labeled.

In the letter, the scientists say illegal, unreported, and unregulated (IUU) fishing “threatens the sustainability of fisheries, the livelihoods of fishers internationally, and the well-being of workers in the industry.” The letter went on to say, “As concerned scientists, we are insisting that measures be undertaken to address these issues across the seafood supply chain. … We ask that the federal agencies support regulatory and congressional action that combats IUU fishing, seafood fraud, and human rights abuses in seafood by taking strong and immediate action on extended regulation, monitoring, and enforcement in the United States. Only by thoroughly addressing these interrelated issues can we protect our oceans and the people dependent on them.”

In the United States, up to 85% of the fish we consume is imported, with up to 32% of wild-caught imports being products of illegal or unreported fishing. A report by the International Trade Commission found that the United States imported $2.4 billion worth of seafood derived from illegal, unreported, and unregulated (IUU) fishing in 2019. IUU fishing can include fishing without authorization, ignoring catch limits, operating in closed areas, targeting protected wildlife, and fishing with prohibited gear. These illicit activities can destroy important habitats, severely deplete fish populations, and threaten global food security. For illegal fishers, IUU fishing is a low-risk, high-reward activity, especially on the high seas where a fragmented legal framework and lack of effective enforcement allow it to thrive.

In May of this year, Reps. Jared Huffman (D-Calif.) and Garret Graves (R-La.) introduced the Illegal Fishing and Forced Labor Prevention Act, a comprehensive bill to end illegal, unreported, and unregulated (IUU) fishing, seafood fraud, and human rights abuses in the seafood industry while strengthening U.S. leadership on issues that threaten our oceans, consumers, and human rights.

This bill, which passed out of the House Committee on Natural Resources, would provide consumers with more information about the seafood they eat, require fish to be tracked from boat to plate, increase vessel transparency, prevent illegally caught and sourced seafood from entering the United States, and help end forced labor at sea. Additionally, the bill would allow the United States to take stronger action against countries that fail to address IUU fishing and human rights abuses in the seafood sector.

In 2016, the U.S. government established the Seafood Import Monitoring Program (SIMP), requiring catch documentation and traceability for some seafood at risk of illegal fishing and seafood fraud. SIMP currently only applies to 13 types of imported seafood and only requires traceability from the boat to the U.S. border. In 2019, Oceana released the results of a seafood fraud investigation, testing popular seafood not covered by SIMP, and found that 1 in every 5 fish tested nationwide was mislabeled, demonstrating that seafood fraud is still pervasive in the United States. Seafood fraud and IUU fishing ultimately hurt honest fishermen and seafood businesses that play by the rules, mask conservation and health risks of certain species, and cheat consumers who fall victim to a bait–and–switch.

In January 2021, Oceana released the results of a nationwide poll finding that Americans overwhelmingly support policies to end illegal fishing and seafood fraud. Included among the key findings, 89% of voters agree that imported seafood should be held to the same standards as U.S. caught seafood. Additionally, 81% of voters say they support policies that prevent seafood from being sold in the U.S. that was caught using human trafficking and slave labor. Eighty-three percent of voters agree that all seafood should be traceable from the fishing boat to the dinner plate, and 77% support requirements for all fishing vessels to be publicly trackable. The findings show widespread bipartisan support for policies aimed at increasing transparency and seafood traceability.

To learn more about Oceana’s campaign to expand seafood traceability and transparency at sea, visit usa.oceana.org/StopIllegalFishing.