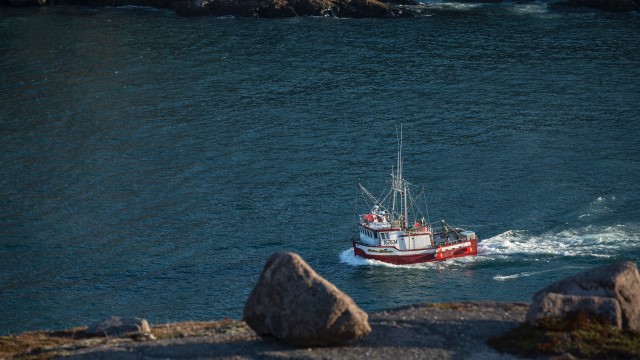 The Enivronmental Protection Agency has your back, salmon. At least, as far as the proposed Pebble Mine in Bristol Bay, Alaska goes. The rest of us also have your back (and front, and the rest of your fillets), but in a culinary way, not a “you go, fish” sort of way. Today, the U.S. Environmental Protection Agency’s Region 10 Office announced a revised Proposed Determination under Clean Water Act Section 404(c) to prohibit and restrict the use of certain waters in the Bristol Bay watershed as disposal sites for the discharge of dredged or fill material associated with mining the Pebble Deposit. If finalized, EPA’s Section 404(c) determination would help protect the Bristol Bay watershed’s rivers, streams, and wetlands that support the world’s largest sockeye salmon fishery and a subsistence-based way of life that has sustained Alaska Native communities for millennia.

“The Bristol Bay watershed is a shining example of how our nation’s waters are essential to healthy communities, vibrant ecosystems, and a thriving economy,” said EPA Administrator Michael S. Regan. “EPA is committed to following the science, the law, and a transparent public process to determine what is needed to ensure that this irreplaceable and invaluable resource is protected for current and future generations.”

“Bristol Bay supports one of the world’s most important salmon fisheries,” said Regional Administrator for EPA Region 10 Casey Sixkiller. “Two decades of scientific study show us that mining the Pebble Deposit would cause permanent damage to an ecosystem that supports a renewable economic powerhouse and has sustained fishing cultures since time immemorial. Clearly, Bristol Bay and the thousands of people who rely on it deserve the highest level of protection.”

The Proposed Determination issued by EPA’s Region 10 evaluates an extensive record of scientific and technical information that spans nearly two decades. The Proposed Determination finds that the discharge of dredged or fill material associated with mining the Pebble Deposit could result in unacceptable adverse effects on salmon fishery areas in certain waters within the Bristol Bay watershed. One example of an adverse impact is the permanent loss of 8.5 miles of streams would result in fish displacement, injury, and death. The Proposed Determination takes into consideration information that has become available since the Agency’s 2014 proposal—including new scientific analyses and the Pebble Limited Partnership’s 2020 Mine Plan.

Bristol Bay’s salmon resources have significant nutritional, cultural, economic, and recreational value, both within and beyond the region. The total economic value, including subsistence uses, of the Bristol Bay watershed’s salmon resources was estimated at more than $2.2 billion in 2019. The Bristol Bay commercial salmon fishery generates the largest component of this economic activity, resulting in 15,000 jobs and an economic impact of $2.0 billion in 2019, $990 million of which was in Alaska.

EPA Region 10 will solicit public comments on the revised Proposed Determination at public hearings in June and by written submissions through July 5. For more information, visit: www.epa.gov/bristolbay.

Photo by Sebastian Voortman from Pexels