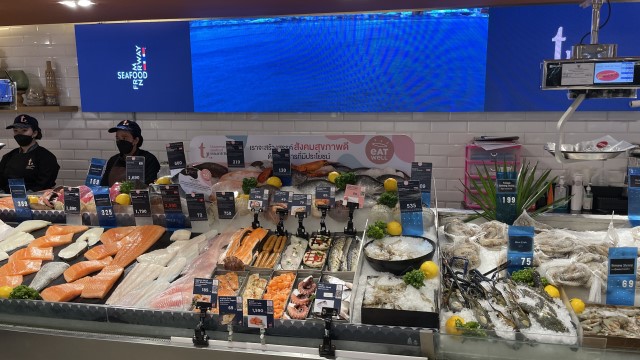 It turns out that 2022 was the best year ever for Norway seafood exports. Norway exported 2.9 million tonnes of seafood to a value of NOK 151.4 billion last year. It is a record for export value and corresponds to 40 million meals every day – all year round.

The value of seafood exports has increased by NOK 30.7 billion, or 25 per cent, compared with the record year 2021.

“Norwegian seafood exports have had a historically strong year behind them. It is happening in a period characterized by war in Europe, galloping energy prices, sky-high inflation, and a weakened global purchasing power. A result of the demanding and troubled times is a sharp rise in prices, which last year resulted in record high prices for important species such as salmon, cod, mackerel, trout, pollock and herring”, Christian Chramer, CEO of the Norwegian Seafood Council.

“Norwegian seafood has reached another milestone. Behind the export value of NOK 151 billion lies a lot of hard work, and many share the credit. We are in challenging times with high food prices due to the war in Ukraine and the effects of the corona pandemic. Although the value of seafood exports has increased considerably, the volume has remained the same overall. The fact that exports are still doing so well shows that the seafood industry is adaptable with good people throughout the value chain who deliver products in demand. It is good news for the whole country, and I have great faith in the further development of seafood exports”, says Bjørnar Skjæran, Fisheries and Oceans Minister (Ap).

“For salmon, lower sea temperatures have negatively affected slaughter in 2022. As for our wild-caught species, last year, significant quantities of herring were used for meal and fish oil production in Norway, while we had lower quotas for cod. This is the primary explanation for the decline in volume”, says Chramer.

There were many milestones in Norwegian seafood exports in 2022. For the first time, Norway exported more than NOK 10 billion worth of seafood in each of the twelve months of the year. In addition, salmon exports exceeded NOK 100 billion. It has never happened before.

“Norwegian salmon has had an annual growth in export value of 14 per cent over the past ten years. These are fantastic figures and far above the other mainland exports in Norway”, says Christian Chramer.

Also, in 2022, salmon accounted for the largest share of Norwegian seafood exports, with 70 per cent of the total value. Followed by cod (8 per cent), mackerel (4 per cent), trout (3 per cent), herring (3 per cent) and shellfish (1 per cent).

“Norwegian seafood is a robust global commodity sold to 149 markets last year. Our salmon is loved all over the world. Cod trades solidly in Europe, while mackerel dominates in Asia. Clip fish is almost sacred in markets such as Portugal and Brazil – and more people are opening their eyes, and palettes, to Norwegian shellfish”, says Christian Chramer.

World trade is strongly affected by the war in Ukraine, an increase in trade barriers and a corona pandemic that does not let up. This is happening in parallel with consumers in the markets experiencing weakened purchasing power and competition from other nations and other protein sources hardening, says Chramer.

These are challenging times for many seafood producers

He emphasizes that Norwegian seafood producers are also affected by the fact that crucial input factors such as fuel and energy have become more expensive in the past year.

“Although the total value of Norwegian seafood exports was at a record high in 2022, trading conditions were demanding for many who produce our seafood. We must keep this in mind on a day when there is a lot of focus on export records”, emphasizes the Norwegian Seafood Council’s CEO.

In recent years, the Norwegian krone has also weakened. Since a weak krone results in higher export prices measured in Norwegian kroner, it has provided a favourable currency effect for Norwegian seafood exports and an additional boost in value.

“In 2022, however, the devaluation of the krone decreased. A stronger dollar has contributed to increased exports to the USA, while the euro has weakened somewhat against the Norwegian krone. Collectively for all markets, changes in exchange rates have contributed little to the increased export value from 2021 to 2022”, says Christian Chramer.

The USA had the most significant increase in value

Here are the biggest markets by value in 2022*